A jury inquest into the July 2018 death of a contractor following an explosion at a chemical plant in Norwich, UK has concluded that it was accidental. The 11-day inquest into Robert Cranston’s death at the Briar Chemicals factory ended on December 1 with the area coroner offering the jury a conclusion of “accidental death”. 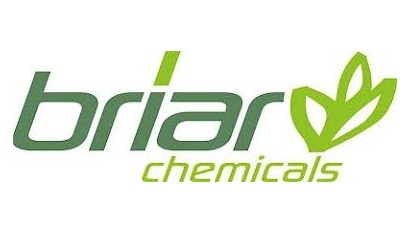 Yvonne Blake, the area coroner for Norfolk, found that “accidental death” was the only finding she deemed appropriate by law. The jury agreed with her findings, bringing an end to the 11-day inquest at Norfolk Coroner’s Court.

During the inquest, the court heard how on July 9, 2018, 46-year old Robert Cranston was conducting maintenance work on a chemical tank at Briar Chemicals’ factory in Norwich, an Upper Tier COMAH establishment, when an explosion occurred. Cranston, who was working for pipework and fabrication firm Pruce Newman, suffered serious injuries and thermal burns. He was taken to Norfolk and Norwich University Hospital where he died later the same day.

Cranston, who had been tasked with fixing a chemical tank, had been using a grinder to perform welding when the blast happened. He had been working with one of his two sons, 22-year old Owen, who had started an apprenticeship with Pruce Newman just a few weeks earlier. Owen was providing “fire watch”, the inquest heard.

Owen Cranston told the inquest that there had been “a bang and a ball of flames”. He rushed to a fire alarm before returning to the chemical tank where he found his father on the ground.

An investigation conducted by the UK Health & Safety Executive (HSE) found that flying sparks from the grinder were likely to have come into contact with Toluene, a chemical used in paint thinners and TNT.

Toluene had passed through the chemical tank previously; however it had been emptied. The HSE said that two leaking valves likely meant that around 160 litres of the gas escaped into pipework, resulting in some gas vapour being present directly around the tank.

The inquest was told that both Robert and Owen Cranston would not have been aware of the explosive gas being present within or around the chemical tank.

During the inquest, the court heard evidence about Briar Chemicals’ use of gas monitors and how some equipment was unsuitable for detecting Toluene. Area coroner Yvonne Blake said that it “seems odd” that a chemical company would not provide a gas monitor supplier with a list of gases that they need to test for in order to keep their operations safe.

Responding, Briar Chemicals’ Quality, Health, Safety and Environment Manager, Mark Smith, said that Briar did not comprehend that a flammable gas detector was better at detecting some gases than others. Smith added that the company now has two types of flammable gas monitors in place at the factory.

The inquest also heard from Gordon Wilcox, a Supervisor at Briar Chemicals, who said Briar had concentrated on possible hazards from drains nearby the tank because he did not think flammable vapours would be inside the tank. Wilcox said that he believed the vessel had been completely washed out, so the inside of the chemical tank was not considered to be a hazard.

At the end of the inquest, Yvonne Blake said that she was only able to leave the jury with one possible conclusion to consider, which was that of accidental death. Blake said that it was not a case of unlawful killing, a verdict which Robert Cranston’s family had wanted.

Sorry, the comment form is closed at this time.